March 19, 2020
It is sunny, stunningly spectacular here in Stockholm today. People walk down the path in small groups. People ride their horses into the woods nearby.

I've read enough science fiction to know that it's a common idea to have split and parallel worlds. Along with feeling like I'm about to go off a waterfall, I feel that split keenly now.

Yesterday, we started the day with tasty homemade kardemummalängd made by Elizabeth. Shape the night before, bake and eat for breakfast. 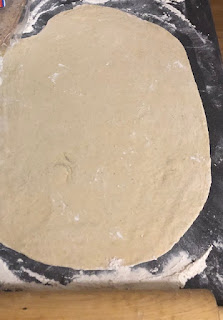 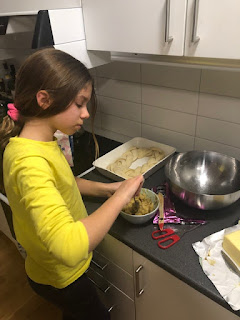 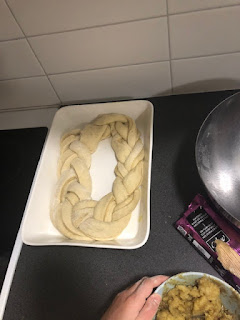 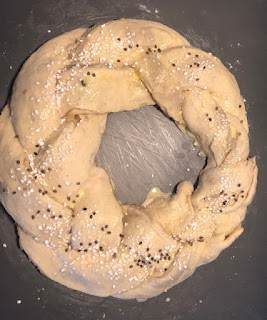 Two pretty loaves well braided by Elizabeth- one with cardamom, one with almond paste & cardamom. Stephen likes cardamom paste, but not flour on his hands. Guess we know who the baker is in the family. 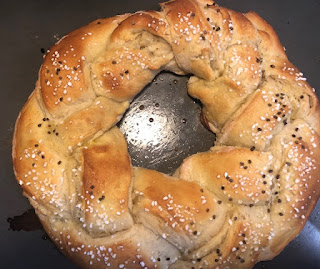 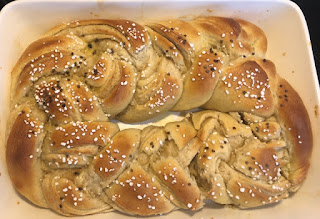 Day 3 of homeschooling went fine, though it turns out trying to help oversee essay writing and figure out taxes is not a good combination. Lesson learned. In the evening, we went out with the kids to throw the frisbee in a nearby big empty field- social distance made easy. I had serious flashbacks to 1997, when Chris and I moved to Salem, Oregon- I had a job and he was looking for work. We'd go to a big empty field and I'd throw the frisbee so he could run. What were we doing for Stephen? Throwing the frisbee so he could run. People were running, biking, sitting, basking in the sun, admiring the light as it faded against the sky. There were loads of people out. 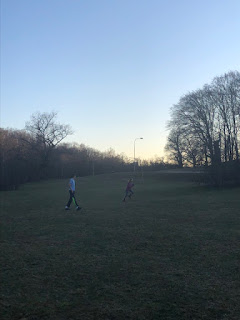 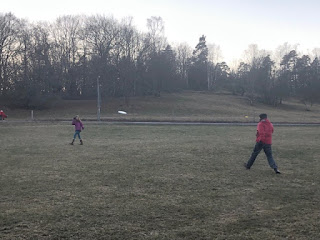 The house below is the King's fishing shack from a long time ago- not sure who lives there now. The big oak to the right of it is a storied oak, used to help determine sea level heights in the 1800s. It deserves its own post... when I get to it. 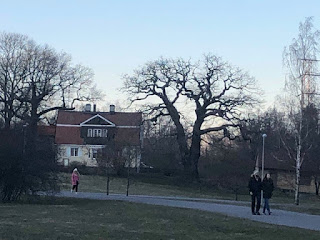 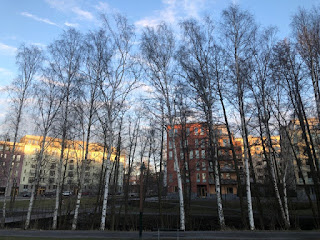 Today, I spent the morning sorting through expenses from 2019. Hard to believe what a crazy year last year was: we figured out how to move to Sweden and took a number of (overlapping) trips in June to see family and friends in New Hampshire and Massachusetts, to participate in a conference in California (dispute resolution at Pepperdine for Lara), to help shape the definition of "rural" in D.C. (Chris), to help conduct a training (on gerrymandering at MIT from Chris). Spent some part of the summer in State College, a river trip in Idaho in late July/early August, and a week later, we moved to Sweden... what a whirlwind. These events feel like a different life, a different lifestyle, and way too many moving pieces to imagine.

[A side note. One thing about this year is that I in particular have had to learn to slow down, to not always be running from meeting to meeting, place to place. I think it took me a month to learn to sit still again. Now, I'm glad I figured this out at least a bit earlier this year-- I do feel bad for the extroverts of the world.]

Today as our big outing, Chris and I walked to the nearby bike shop to a) test his lungs (okay enough if he has a scarf over his face and the air he breathes is warm), and b) see if his replacement bike tire came in (not yet). The local deli had a line out the door. The parks are full of kids. It doesn't look like anything is different.

Our kids are ostensibly still supposed to be attending school- though they've been home with  us all week. Stephen remains intent on mastering chess in a week in between his assignments, finally coming in from school. Tomorrow, the middle schoolers start their first day of "remote learning" as a test- expected to be online from 8:30-12:30. I picked up Elizabeth's books and school stuff yesterday; the primary school kids were supposed to be out this afternoon and tomorrow anyway for student/parent/teacher conferences. Her teacher said that coming into work felt like he'd stepped in the movie "I am Legend" (apparently about the zombie apocalypse).

In the meantime, France has mandated that while you can walk or run, you are to be no more than 1-2 km from your house; no more bike rides. Norway's government is trying to pass a bill to suspend all laws until December except for the constitution and human rights laws. Norway has also dictated that people not shelter in place in their "country cottages" out in remote areas across the country and in areas where the medical facilities aren't up to handling extra people- punishable by up to a $2000 fine. Most European countries have shut their borders and are taking far more serious steps. In Italy, people with symptoms who disobey the requirement to self isolate are subject to manslaughter charges.

Sweden seems to be operating in a parallel world to every other country, though yesterday, our grocery store announced elder only hours and today the officials requested that people not travel within Sweden anymore than necessary. Seems like at some point everything really will get shut down. Today is not yet that day.

In the meantime in yet another parallel world, we tried "meditation time" to start the day (can't say we successfully mediated- they don't look so calm, do they?) and a rope swing as break time (complete with a kid in t-shirt and shorts). 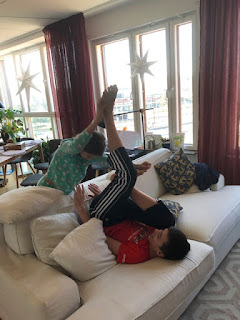 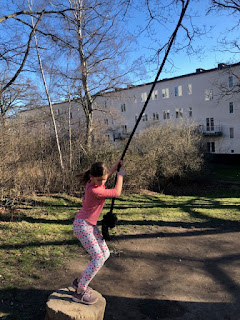 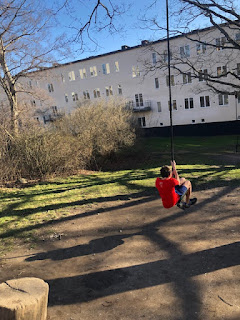 Who knows what tomorrow will bring.
Today, we have the windows cracked open a bit to let the fresh air in.