February 09, 2020
When we first went ice skating sometime in November, I could barely stand up. I received skates for Christmas last year and we brought them from Pennsylvania. Once we started skating, my skates felt wobbly and unsteady. I held onto Mom and Dad that first time, and had them pull me around. 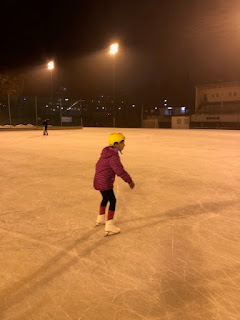 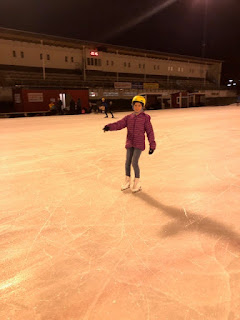 Since November, we've been back to the ice skating rink like 3 days a week. I started to feel sturdier on my skates, even trying to figure out how skate backwards. I remembered that my friend Carson had taught me the bunny hop but I couldn't remember how to do it.⛸

Over time, I managed to go backwards. In early January during the Stockholm Skates day (on Jan. 6th), there were ice skating instructors- they taught me how to do a one footed spin, how to switch forwards to backwards, and some other simple things. I also learned how to play ringette that day- a fun game with a hockey stick without the part on the bottom, and a puck that was actually a donut ring shaped thing. You could use the stick to catch the ring and send it into the goal. 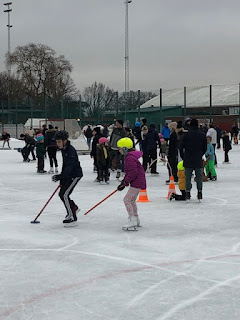 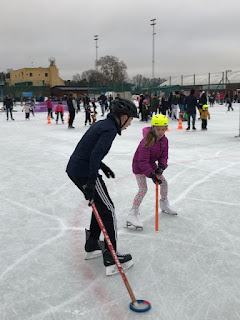 We've gone skating now many days and I started taking skating after school on Thursdays. The first week, the instructors mostly taught other kids who had never been on skates how to stay up on their skates. The instructors started going around and helping people. The first day was a beginning day- were people who knew how to skate didn't get as much attention because other people needed help. This past week was the 3rd week of lessons and one of the instructors who actually knows how to skate was helping me and my friends to do cross overs (forwards cross overs where you cross one foot over another-- it's easy). 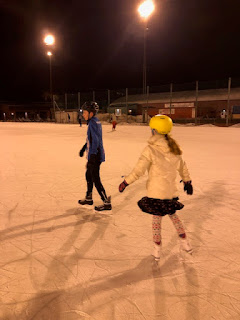 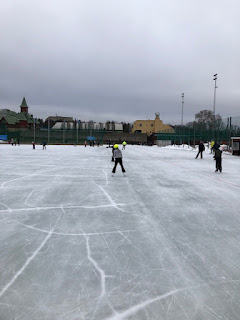 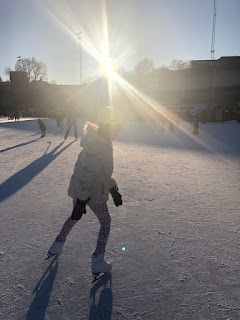 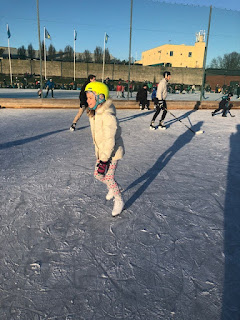 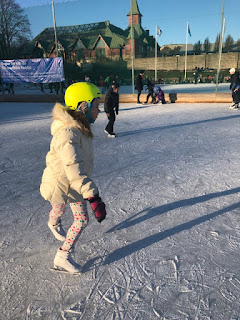 I've even played ice hockey with Stephen and went out with my friend Emi. 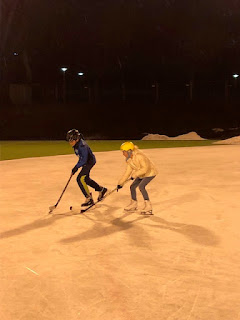 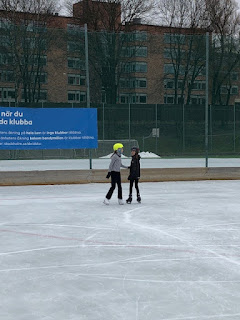 Sometime this winter, I decided I wanted to learn to do a triple axle. It's hard because you have to jump into the air from one foot, spin 3 rotations in mid-air, and land on one foot. It's hard for me because I don't even know how to jump at all. I'm still learning how to turn around.

I started doing little jump turns and more advanced stuff. I like it a lot and am having a good time skating (which is really good as I stopped horse riding🐎 - for now- because the horses were chaotic and literally bit too much). It's more fun when the rink isn't too crowded because there is more space. Today was busy with lots of little kids but when we went Friday night, there were about 10 people on the entire rink and it was fun.