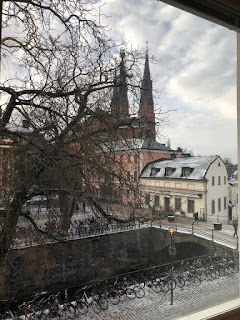 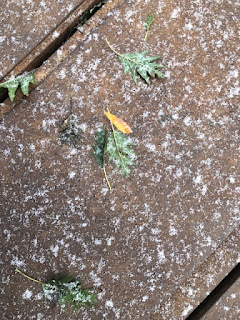 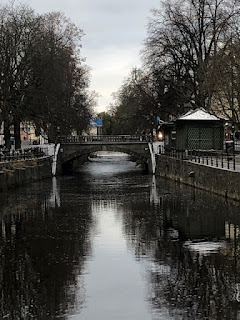 We had a "wintry" mix yesterday and the snow stayed on the ground today. Just a bit of snow on the rooftops (the upper left picture is the view outside my window at Uppsala University). 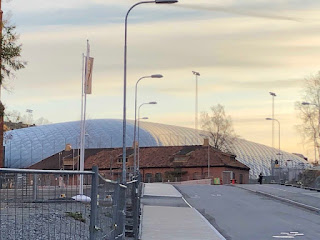 People are bundled up at the bus stop, but still out in all weather. It's still darkish at 7:30 AM and the sun is going down by 3:30. The soccer fields near our apartment in Stockholm have been turned into ice skating surfaces. Elizabeth's ice skates still fit- just need 3 more pairs. Elsewhere, a set of playing fields have been converted to "indoor" playing fields through the installation of one gigantic tent (inflated with air).


It's snowing for real in northern Sweden- the first of the World Cup biathlon races start in early December 6 hours north.

We took a field trip on Saturday from Stockholm to Uppsala (about 30 minutes via train). Figured it was a good chance to show the kids Uppsala before we joined friends for dinner. We were surprised (but shouldn't have been) that exploring Uppsala in the afternoon meant exploring in the dark. We were also pleasantly surprised by "all the lights for Uppsala"- an effort to light up the iconic buildings of one of Sweden's oldest cities. 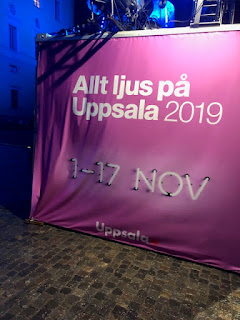 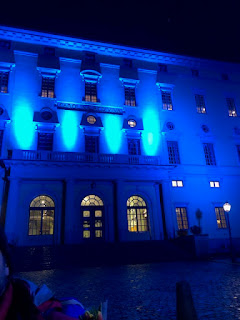 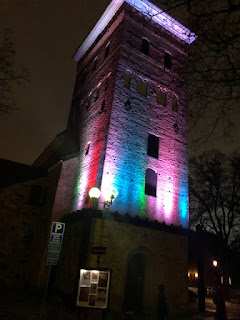 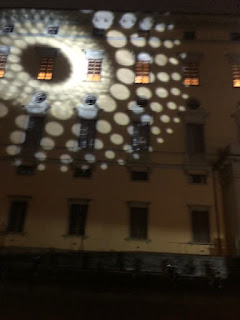 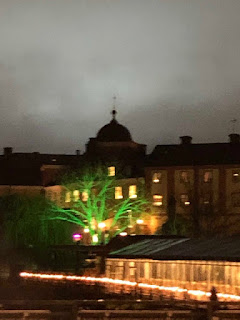 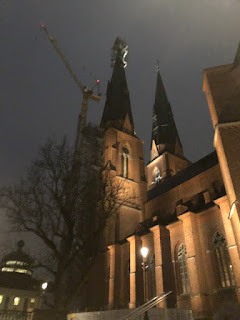 Last week, I took a run... the ice is starting to build in the ponds. Frost on the ground. Winter is indeed coming. 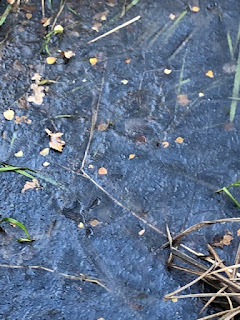 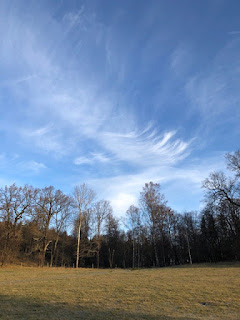 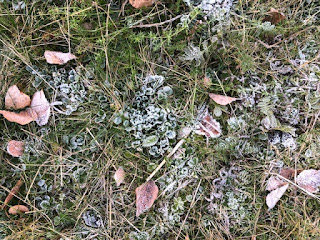