France #3 - ochre, color, and the hilltown of Rousillon

November 04, 2019
Note: We are back in Sweden after a whirlwind trip to France. Will work my way through photos and text bit by bit. I drafted some of the blog posts while we were on the train from southern France to Paris so at least somewhat closer in time and memory!

Sunday, 27 October- afternoon exploration of ochre & the hilltown of Roussillon 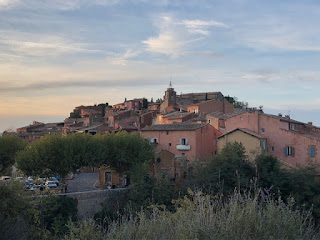 After a quiet afternoon to collect ourselves, enjoy the view and the hot tub, we headed out for an early evening expedition to the town of Roussillon. The shadows lengthened as we headed across the French country side- much driving on roads barely wider than our car, yet meant for 2 way traffic. Tons of fields: grapes, apples, other crops already harvested. I’m surprised by the amount of ditching and diking- small canals everywhere, with the occasional big canal. The movement of water has been rearranged here for a very long time.

Roussillon itself is set high above a set of ochre cliffs that have long been the source of, well, ochre: reds and oranges used in paint until artificial coloring was created. Needless to say, the buildings and houses in Roussillon itself were spectacular, esp. in the 'golden hour' of sunset. 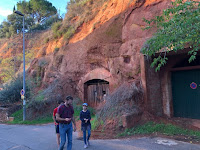 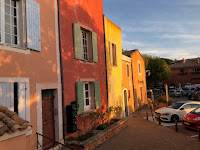 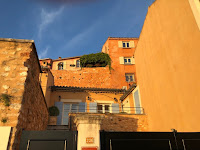 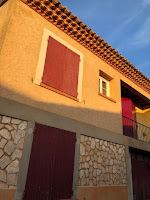 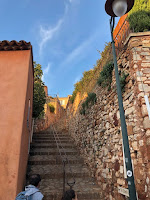 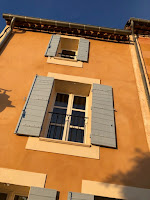 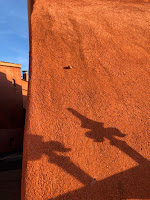 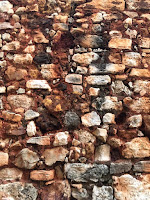 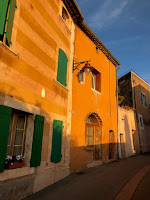 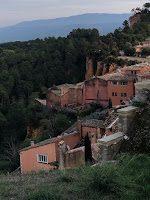 Around the town, the cliffs have been mined and cut back towards the town- an interesting dynamic to both preserve a town and mine towards it. I don’t think that active mining is currently taking place, except to sell small amounts for traditional paints. However, there were more than a few edges of town that I'm not sure I'd want to live on! Made for some gorgeous views. 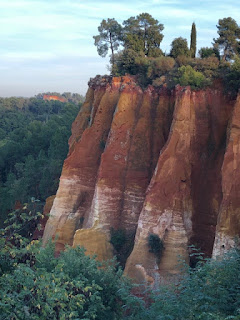 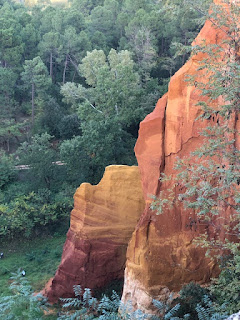 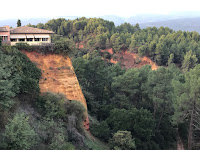 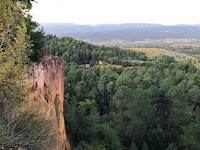 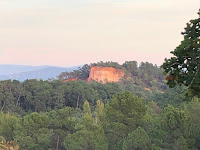 Sign talking about traditional paint making- and plenty of stores willing to sell ochre and other paint compounds. 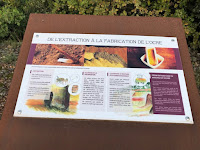 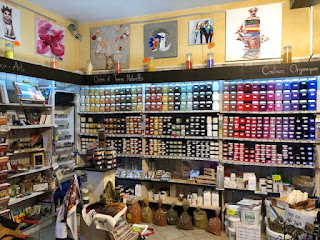 After exploring the town, we found a likely looking place for dinner- one that opened at the earliest at 6:30. As we waited for it to open, a gorgeous little plaza afforded us beverages of choice: fresh squeezed lemon juice, seltzer water, and a bunch of sugar for the kids (when they realized just how much sugar goes into lemonade), tea and other adult beverages for us. 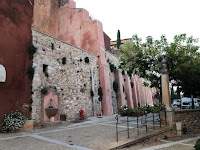 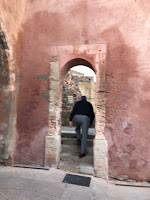 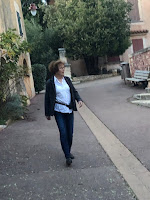 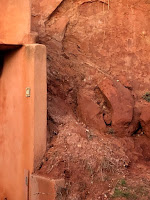 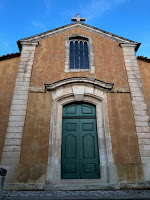 Chris took a picture- just to prove that I actually exist as well! The kids took a break from tussling with each other for what looks like a hug, but what actually just part of pretending to be bear cubs. 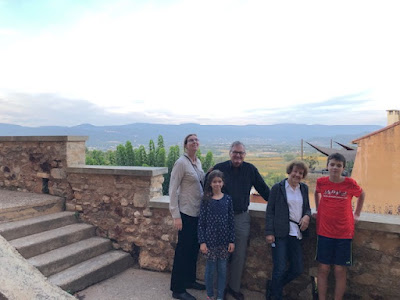 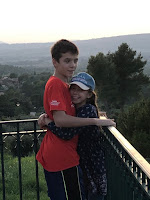 One of our favorite buildings in town- cool to see the same building in different lights. 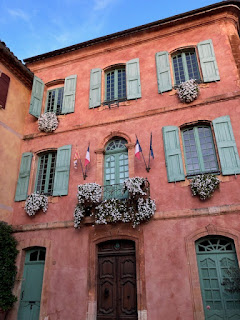 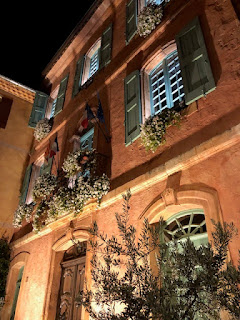 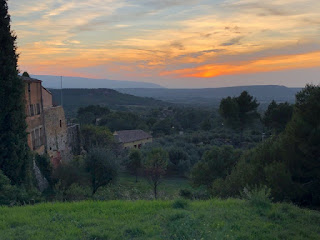 Fantastic dinner at a small restaurant- lots of good entrees, though we stopped short of ordering the escargot for the kids to try. After dessert, Elizabeth determined that she’d like lemon pie for her birthday (next May). Easy drive back though navigating the road to our house, with its multiple 6 point turns, was exciting.

Notable how dark it is in this area- apparently they’ve been working hard to protect the dark skies and avoid light pollution. It shows- the stars are spectacular! No pictures could do it justice.