France #8: thoughts on the French countryside & ag production (views from the train)

Headed to Paris for Halloween. Packed up our stuff, loaded the rental car for a final tour of the twists and turns of back country driveways and roads in Provence, and I was writing from the high speed train from Avignon to Paris. Left picture is the very cool train station in Avignon. My efforts to take pictures from the train largely failed (see right photo below), so I'll provide visuals for this post in other ways. 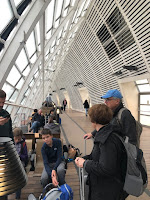 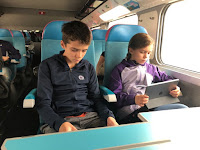 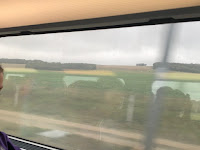 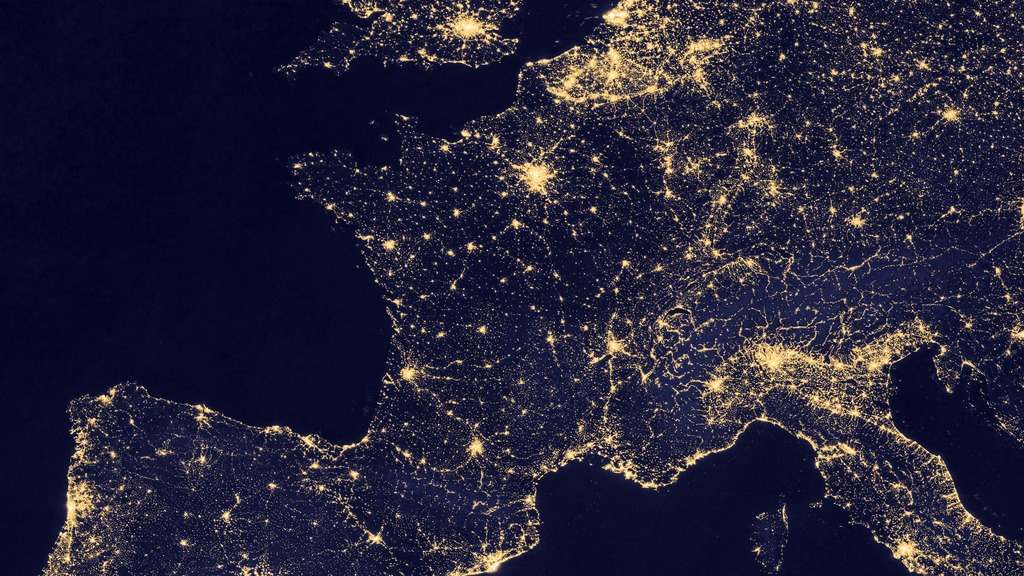 France at night from space (from NASA's hyperwall).

We were in Southwestern France somewhere in the space between the two brighter sets of lights. Population of France: ~67 million people, 11.9 million in the greater Paris metro region (upper middle of this image)

As we traveled through the French country side, I was struck by simply how much agriculture land we saw- sloping fields as far as the eye can see, broken by hedgerows and trees. The occasional herd of cows (mostly white). Old buildings and huts, passed by bridges and roads. Big hemmed in rivers, confined to their paths by levees and banks.


A few signs of modernity: power transmission lines, modern windmills, banks of solar panels, the high speed train itself. According to the guidebook I was reading, this part of France has lost a lot of population to the cities as more traditional agriculture has given way to more industrial agriculture. The trend was noticeable as we went from south to north- smaller sets of fields interspersed by a few buildings and a lot of hedgerows gave way to endless swaths of fields. 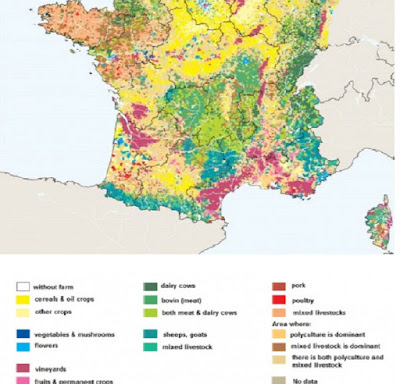 You can see it from the map to the right- the yellow are cereals and oil crops. The shift has been out of small scale production to larger scale farming. There is an interesting piece from 2019 that argues the smaller farmers need to think about their costs, not just rely on subsidies to stay in business. However, the article notes "Where each French farmer fed 15 people in 1979, each farm now produces enough food to feed 60. “We feed people but farming doesn’t feed us,” said Philippe Grégoire, a dairy farmer from Maine-et-Loire." This isn't different from the U.S.- the New York Times has an article today entitled: "Farm Country Feeds America. But Just Try Buying Groceries There."

It helps to actually see what French agriculture look like-even from the inside of a high speed train. This an absolutely immense scale across a very big country.

The European Union had been threatening to fine France for its non-point source runoff from agriculture a few years ago: run off from farm fields and stormwater.

Given the very historic ditching, diking, and draining of land, I have no idea how one would ensure that nutrients and soil remain in place, esp. as the storms here are also becoming more severe. A week before we came, parts of France received 198 mm (8 inches) of rain in 6 hours, causing massive flash flooding. Just a few days after we left, southern France, Italy, and Spain were hit by Storm Amelie, which caused widespread power outages and flooding.

In researching more on non-source runoff for this blog (and since that's one of the things I'm researching while I'm here), this piece on regenerative agriculture may offer a way forward: investing in soil health ensures productivity, decreases nutrient runoff, and helps absorb water and prevent floods. There is a need to finance the transition, but such financing may be far cheaper than simply trying to respond to storm after storm.

Back to thoughts on travel. We happened to be in southern France during a period of grace... we were surprised by how warm it was (daily temps from about 18-21 Celsius, or a pleasant range around the 70s F). We woke on our last day in Provence to 50 and raining-  a good day for traveling.

As the train headed north, the fog and clouds gave a quiet to the day—ghost cows and shrubs sped by.

We planned to spend a few days in Paris before heading back to Stockholm on Nov. 3rd, leaving the elder Fowlers to explore before they head back to the states.