October 25, 2019
On Wednesday this week, Chris' cousin Bob Reynolds came through Stockholm, touring as part of Snarky Puppy, a self described "jazz and funk collective." Chris and the kids were able to come over early and watch the sound check- always interesting to see behind the scenes how something like a concert gets set up. Bob has been the sax player for John Mayer on tours in ~2007- Stephen was actually back stage at such a concert (and met John Mayer), though of course he doesn't remember it.

After the sound check, Bob joined us for a lovely dinner at Cirkus, apparently a fairly prominent concert and show venue in quite a lovely old building. Of course Elizabeth liked the location- across the street from Gröna Lund (the amusement park). Menus with unusual ingredients stretch our Swedish- I can't quite remember the Swedish word for Jerusalem artichoke.

We were then able to poke around a bit back stage. Not quite as glamorous as the front, but fun to see. A big tour like this is always a production: large tour buses, tons of musical equipment, and quite a concert schedule as they work their way across Europe (Bob is joining the tour for the next month).

If you happen to be able to catch a concert, well worth seeing... We weren't quite sure what to expect but the music was a really interesting blend of a heck of a lot of instruments- so cool to hear how they wove them together and made different sounds. I can't remotely do it justice describing it. Lots of youtube videos out there about it. 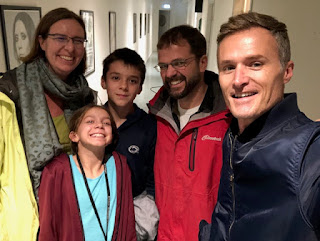 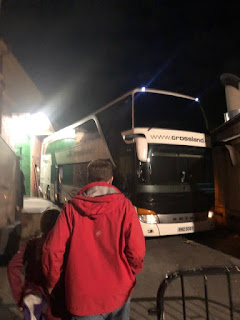 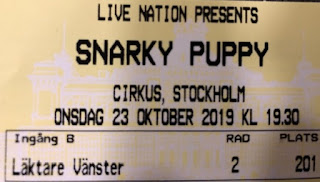 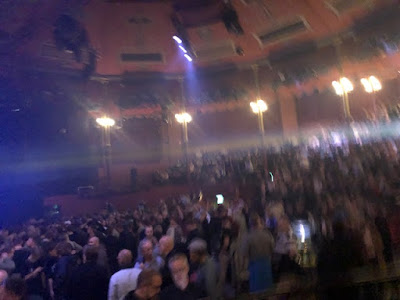 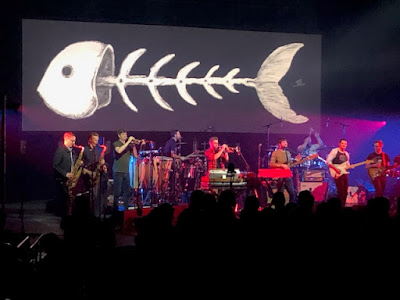 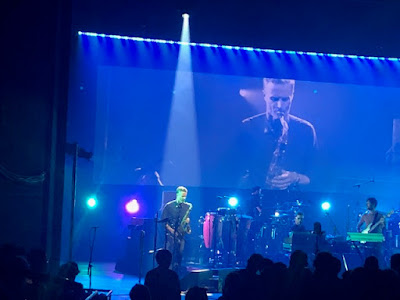 Star struck kids afterwards (not really too star struck, but they had fun) 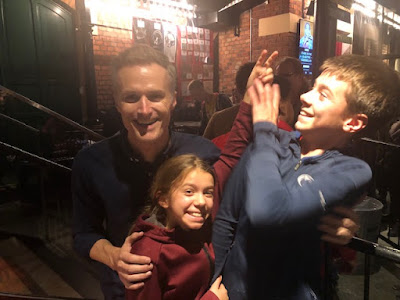 Bike home at 11 PM was easy and kids did great; next morning was tough, esp. as Chris left before dawn to catch a plane to Paris. He's giving a talk today at the Sorbonne. Hopefully more on that soon. We join him and Chris' parents tomorrow in France as well- fall break for the kids (already!?!).