I interrupt our regularly scheduled broadcast to be writing at 4 AM from Arizona. Wide awake, ready to go.

[Random photo from the internet- I was too tired to think of getting my camera out yesterday.]


Scenic detour for a project meeting to go from Stockholm to Phoenix. Shifting from a low in the 30s to a high in the 90s... packing was a challenge. Sandals not used since August back in my bag.

I don't usually think of Arizona as being "far away" but it was 20+ hours of travel time yesterday: walk--> bus--> subway--> Arlanda express to the airport--> 2.5 hour plane to Heathrow-->  wait 4 hours--> 11 hour plane to Phoenix--> taxi to the hotel. Still figuring out how early we need to leave for the Stockholm airport- a 5 AM departure for a 7:45 AM flight was too early, but the last time I traveled to the Netherlands, the express train to the airport wasn't working (apparently unusual) so I was worried.

Bought and read an excellent book: "Educated" by Tara Westover. She was raised by survivalists in Idaho- it's her story of understanding her upbringing and breaking out of it. Amazing read. I thoroughly enjoyed my scone in Heathrow, complete with strawberry jam and a bit of clotted cream.

The initial human drama on the flight from London to Phoenix abated fairly quickly- guy behind me had taken the aisle seat. Lady whose seat it was wanted her seat- noted that that she gets up a bunch and gets plane sick. The threat of vomit apparently was a winning argument.

Elderly Indian couple next to me was on their first visit to the US... the customs form took us 50 minutes to fill out together. Hope they were able to get their Indian snacks and spices through to their son.

Guy walking off the plane with me was coming home to Arizona on a 2 week break from Afghanistan. He'd been on 6 legs of his journey, including a helicopter for his first leg. We had a lively conversation about water, peace & conflict in the customs waiting line. He also said that Afghanistan is doing a really good job in re-establishing itself as a country. Glad to hear it.

The joy upon seeing his wife in the airport made me cry. I only wish for his sake he could get more than 2 weeks. 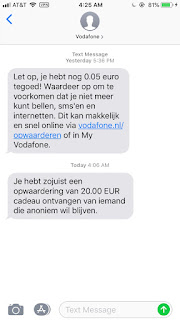 This scenario playing out next to me made my efforts to figure out my cell enough to call for the hotel shuttle seem inane. Nothing like sorting out how to make my dutch SIM card in my US phone work in the US and not drain all memory. Long story as to why we have a Dutch SIM card but live in Sweden. We're getting there on the phones. Slowly. thank goodness for google translate.

Project here is the Water for Ag project- it's one I helped conceptualize a few years ago and have been on the management team for the last two years. In this project, we're looking at how water is used for and from agriculture, and whether direct engagement with those who use and affect water is a better way to go. It's a challenging project: create a way for people to engage with each other and study it at the same time. We do a lot of discussions via zoom (like skype, but easier), but this is our annual project meeting- so here I am. More posts on other topics when we get to them!