Swedish Fulbright Commission- official start of being a "Fulbrighter"

September 15, 2019
It's been an eventful few days, so a few blog posts forthcoming on a number of topics.

On Friday last, I had my official orientation as a Fulbright Scholar. There are currently 6 faculty (1 more coming in January) and 10 students, so a total of 17 of us in Sweden working on all manner of topics ranging from improvisational drumming to neon glass-making to medical research on Alzheimer's and diabetes. It's always interesting to hear what inspires people in their daily lives. As I posted before, I'm working on water issues- I'll send more on what I've been doing day to day in another post. 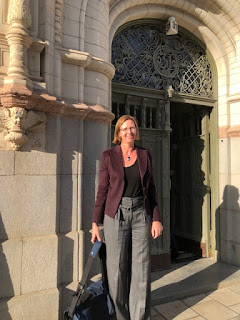 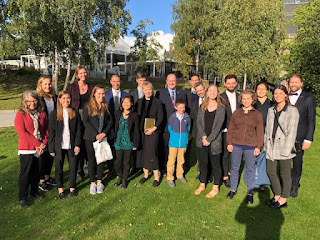 During the orientation, I was reminded that I've been an official representative of the U.S. government a long time ago- in 1991, I was part of the Finland- U.S. Senate Youth Exchange Program during the summer along with another cohort of students. We visited DC, learned some Finnish, and spent the summer living with host families. We also took a short trip to Stockholm then; prior to last  year, this was the last time I was in Sweden.

(If you have a high school student who might be interested, deadline to apply is Dec. 1st: https://online.yfuusa.org/scholarships/finland-us-senate-youth-exchange-program-12.php)

As a Fulbright Scholar, one is officially representing the U.S. as an effort for "bi-national exchange" meant to promote "mutual understanding." Swedes go the U.S., U.S. citizens come to Sweden (or about 140+ other countries). In 1946, Senator J. William Fulbright, Arkansas, apparently thought that there is no substitute to actually living in another country when he helped set up the program. Based on what we've already experienced, we'd agree! They showed this video on "10 good things to know about Sweden"... seems about right. We'll be writing about several of these themes when we get to it: fika (sharing coffee), allemansrätt (right to public access), parental leave, etc.

After a morning of conversation and orientation, we headed to lunch, followed by a tour of the Royal Palace, the Vasa Museum, and a welcome reception at a member of the U.S. Embassy (the US currently doesn't have an ambassador confirmed yet for Sweden).

A few photos of the day are below. 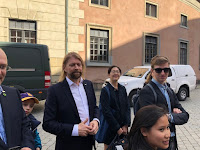 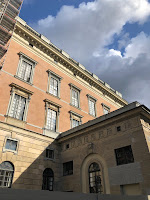 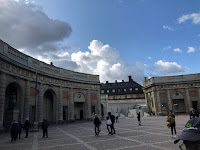 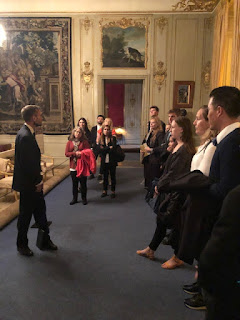 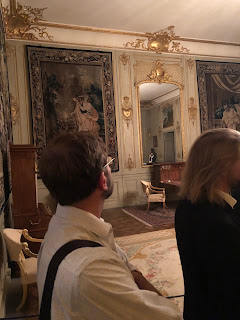 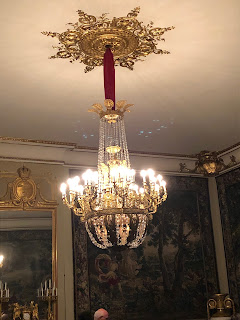 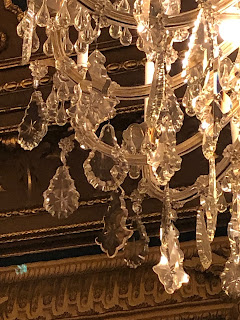 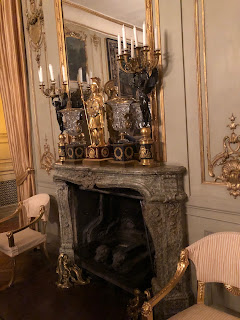 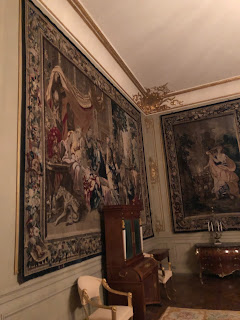 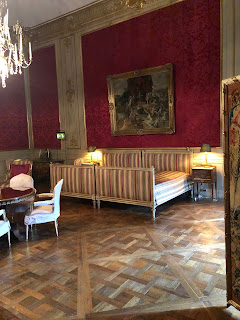 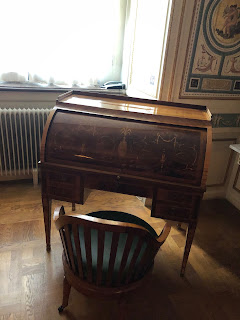 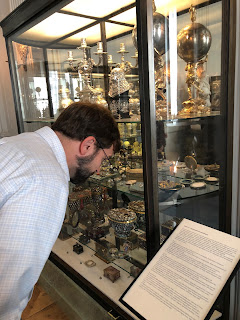 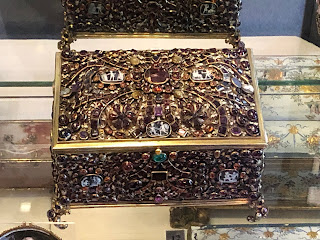 Setting the hall for a royal consultation- scheduled sometime next week. The lawyer in me loves that the books in the center are all law books... 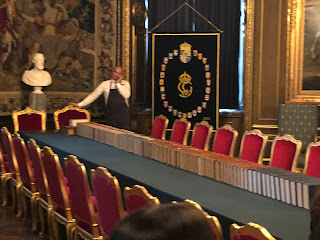 One of the royal halls- supposed to be built to resemble the hall of mirrors in Versailles. 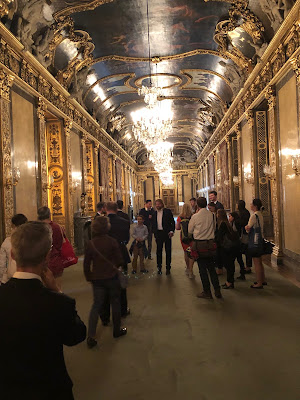 Changing of the guards outside the palace. 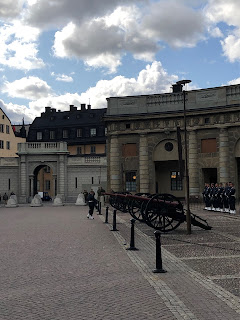 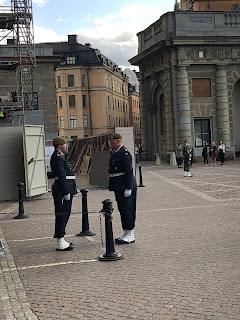 Visit to the Vasa Museum: 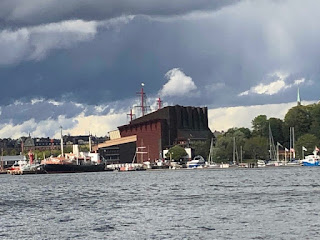 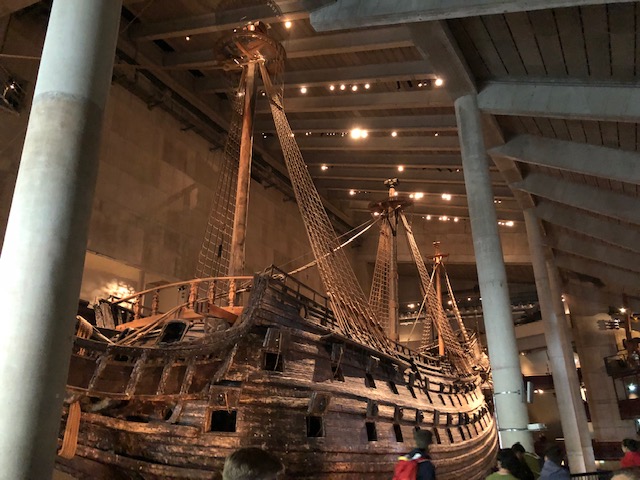 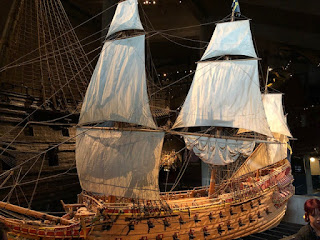 Detail work on the stern of the boat. 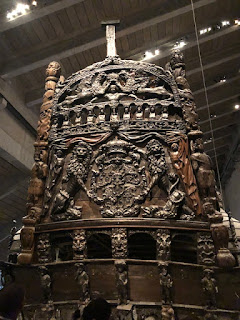 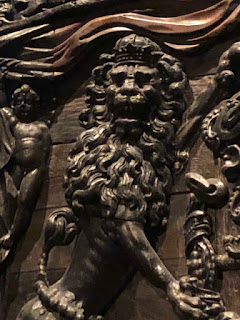 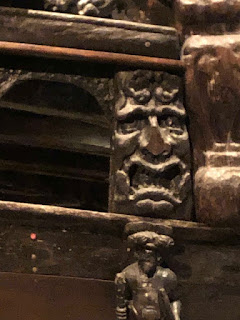 Headed to the official "welcome" reception 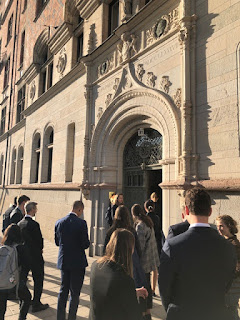 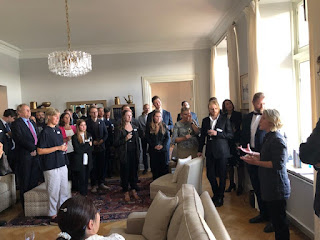