We've been studying Swedish as best we can using a program called Duo Lingo. We learned the phrase "the wolf eats the reindeer" far sooner than we learned to ask basics like "where is the bathroom." Fortunately for us in the near term, the Swedes almost all speak great English. In the longer term, we'll have to work to actually learn Swedish.

Of phrases we've learned, however, we didn't think this particular one would serve us well for a long time (if at all). However, a visit to Skansen, a site in Stockholm that includes a gathering of historic buildings and various Nordic animals, including wolves and reindeer, proved us wrong. It was actually helpful to be able to see the signs for wolves, moose, and reindeer and know what they were talking about.

Prior to our visit at the zoo, we spent a bit of time at the local amusement park- the density of the rides was impressive, perhaps demanded by limited urban space: rides looped over and through each other in a staggering mix of sight, sound, and action-- great fun for Elizabeth and Stephen, and interesting watching for us.

We were led to this part of Stockholm by our newfound friend Marty, who reached out to me via email a few weeks ago as a new Fulbrighter and came down from Uppsala today. Quite helpful to know someone who knows people- she had ideas for who we could talk with about music lessons, sporting clubs, bicycles, and more...

A few photos of the day below:

Fika (coffee & cake) at Vete-katten (literally "wheat cat")-- one of the most famous Stockholm coffee shops. Elizabeth on a lion. Chanterelles at one of the markets. 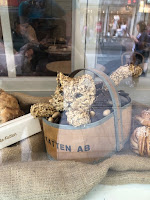 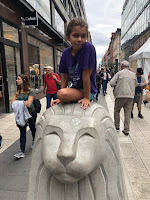 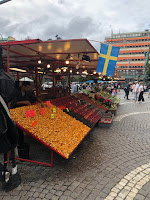 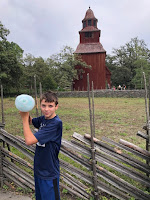 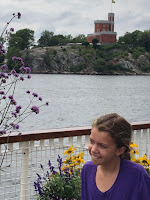 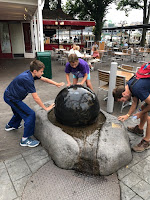 Buildings at Skansen- along with cool woodwork and patterns. 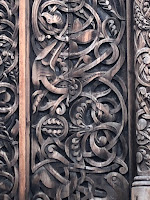 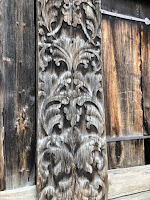 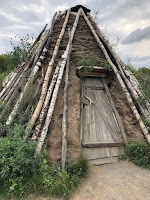 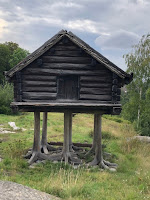 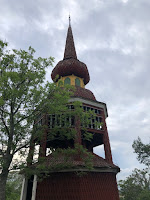 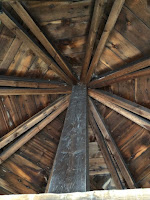 The "domestic cat" exhibit at Skansen, complete with a real house cat. Really?! 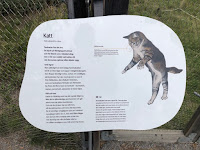 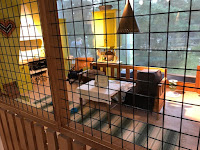 A lynx. A wolf. A bear. And a reindeer! The baby lynx were too cute for words-- two small lynx pouncing on each other and not able to be captured by a photographer like me. The three wolf cubs were also quite entertaining. The reindeer simply looked bothered, though less so in the photo below. 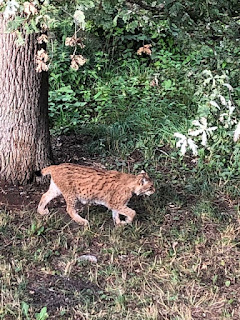 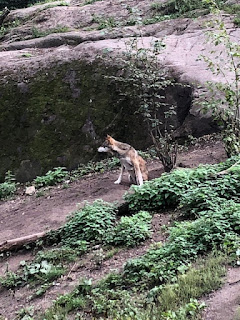 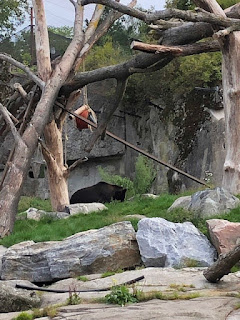 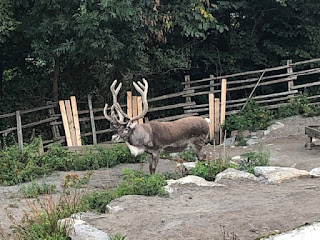 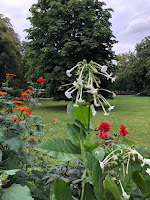 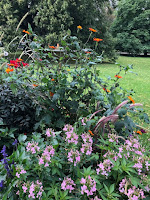 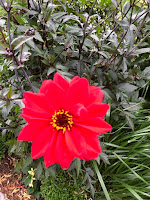